Senator Gene Yaw is the Chairman of the PA Senate Environmental Resources and Energy Committee. He is the prime sponsor of Senate Bill 575, key nutrient procurement legislation that has passed in the Senate and is now in the House. Note below (in italics) the role of the Chesapeake Bay Commission, which first expressed public support of SB575 in the PA House Informational Meeting in Aug. 2018.

HARRISBURG – On Friday, state Sen. Gene Yaw (R-23) became the new Chairman of the tri-state Chesapeake Bay Commission (CBC) for the 2020 calendar year.  Yaw is the first member and chairman of the CBC to have a legislative district that covers the northernmost part of the watershed to the New York border.

As Chairman, Yaw will oversee the policy making efforts of the 21 member Commission, whose members are senators and house members from Maryland, Virginia, and Pennsylvania, along with heads of the natural resources agencies, and a prominent citizen member, from each member state.

“We all want to have and protect clean water in our streams and the residents of my district work very hard at being good stewards of our resources,” Yaw said.   “Being a member of the Commission for a number of years, and now Chairman, along with my northern tier roots, gives me a good understanding of where we need to target our clean-up efforts for the Bay, most of which begins south of Harrisburg,” he added.

As he took over the gavel, Yaw announced his intent to have the Commission continue to focus attention on the Susquehanna River watershed, the single-largest tributary to the Chesapeake Bay supplying over 50 percent of the freshwater flowing into the Bay.  The 23rd Senate District, consisting of Bradford, Lycoming, Sullivan, Susquehanna and Union counties, is unique in that the district includes both the North Branch and the West Branch of the Susquehanna.

Senator Yaw has served as a member of the CBC since 2014, most recently serving as Chair of the Pennsylvania delegation.  He now takes over leadership from Maryland Senate Democratic Majority Leader, Senator Guy J. Guzzone (D-13), who represents Howard County. 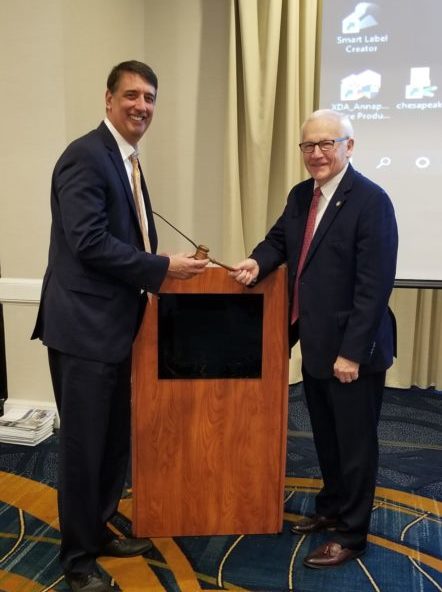